by Richard Horvath
Last Updated: January 21, 2015
Categories:  Search Engine Optimization
8 min read
Did you know that Google uses over 200 factors to determine the rank of a website? Google’s algorithm is complex and not only looks at factors they consider important, but also decides how to weight those important factors and what should negatively influence a site’s ranking as well. Google changes it’s algorithm over 500 times a year and runs tests of the algorithm for certain users as well. Inside of the algorithm are different parts that look for specific items. The most well known algorithms looking for specific items are Panda, Penguin, Hummingbird, Pigeon, Pirate, and Payday Loans, but there are many others as well. In honor of Penguin Awareness Day, we want to talk a bit about Google Penguin.

What is Google Penguin?

Google Penguin is the algorithm that Google made to target link spam. It was announced on April 24, 2012 and targets link schemes, automation tactics, and poor quality link building. Basically, anything meant to game the rankings of a site through links. Penguin is meant to catch tactics such as blog comment spam, directory spam, article spam, buying links, link networks, and many other methods that were used to quickly rank a website with low quality links or practices that violate Google Webmaster Guidelines. While we mainly see Penguin associated with links, it also looks at many other items. When John Mueller was asked on a Webmaster Central hangout about other factors that could contribute to Penguin, he responded at 27:52 in the video below saying:

“I think, with the Penguin algorithm, when we rolled it out we did a blog post about that that kind of shows the other issues that we look at there. The Penguin algorithm is a webspam algorithm and we try to take a variety of webspam issues into account and use them with this algorithm. It does also take into account links from spammy sites or unnatural links in general, so that’s something that we would take into account there, but I wouldn’t only focus on links. Also a lot of times what we see is that when a website has been spamming links for quite a bit maybe they’re also doing some other things that are kind of borderline or even against our webmaster guidelines. So I wouldn’t only focus on links there. I would make sure that you are cleaning up all of the webspam issues as completely as possible.”

One thing mentioned in the referenced blog post was keyword stuffing as a webspam technique, and it is speculated that this is part of what the Penguin algorithm looks for as well. Other items referenced in the Google Webmaster Guidelines include: A big problem when recovering from a Penguin penalty in the past has been the time period between updates. The Penguin algorithm was run separately from the main Google algorithm, and only updated in intervals. The latest Penguin 3.0 update appears to be updating more often, and Google has said they are shifting to more continuous updates of the Penguin algorithm.

Google Penguin affects your rankings, it’s that simple. Some argue that it is not a penalty, but an adjustment to where your site should rank. Being that it doesn’t just discount the negative factors, but will look at them and decrease your site’s rankings considering, I do consider this a penalty.

st Penguin penalties will be found off-site, it’s important to check on-page issues such as keyword stuffing and thin content pages as well. Overly optimized anchor text, links from irrelevant sites, link spam, networks of sites, or any manipulative practices are what you want to look for when identifying a Penguin penalty. To determine which links you will want to disavow or have removed, you should perform a link audit to see what sites are linking to you, and determine which links are potentially manipulative and harmful. You can get a list of most of your links from Google Webmaster Tools, but we often add to this list because Google may not have discovered all the links out there yet. Bing Webmaster Tools, Ahrefs, Majestic, Open Site Explorer, and SEMrush all have their own database of links that can supplement those provided by Google Webmaster Tools.

Once you have a list containing your links and have determined which sites may be causing the penalty, you will want to disavow these links. Google has a Disavow Tool where you can tell them you want these links to count for or against your website. John Mueller has used the analogy several times that this is essentially like nofollowing the links. You can disavow individual links identified or even entire domains or subdomains using the disavow tool.

While John Mueller of Google has said on many occasions that disavowing links may be enough to fix a Penguin penalty, it should still be a best practice to have these removed. In the event that you have received a manual penalty, documenting the steps and actions you have taken to clean up the site’s web presence such as reaching out to have links removed will be necessary before you can have the manual penalty lifted. At 33:52 in the following video, John Mueller states that good links can help with Penguin recovery. Google looks at all the links, so it makes sense that adding more good links means the overall amount of bad links is a lower percentage and results in a lesser penalty. While it’s not known what ratio of good/bad leads to penalties, it’s a safe bet that it’s best to disavow bad links, remove bad links if you can, and build more quality links to recover from a Penguin penalty.

A lot of times people just ask if they can use a new site to escape the penalty. It’s never that simple! Penalties can follow from one domain to another, even if they don’t follow immediately. Changing your branding, implementing proper redirects from one site to another, and cleaning up NAP listings are all major issues that need to be addressed when changing domain names. While you could technically disavow links on the old site and redirect to a new site where the links are disavowed as well, this can cause more trouble than it’s worth. If Penguin goes for a long period of time without updates, this is a way to get out of the penalty sooner, but it leaves a lot more cleanup work later. As Penguin shifts to more continuous updates, quick fixes like this will be increasingly unnecessary.

Negative SEO is a scary practice that involves attempting to lower another site’s rankings by getting them penalized. The same link methods that can trigger Penguin penalties can be used on a competing website to get them penalized. In some cases, if these sites have a strong enough link profile, they may be able to handle a bit of spam and rank higher because of the spam, or they may gain temporary boosts before they are penalized later on. Google tries to determine if a negative SEO attack is happening and tries to protect sites, but it is using algorithms and that means they may not always be successful.

Diagnosing a Google penalty on your own can be difficult. I if it is algorithmic and not manual. There is a feedback thread for requests from Google Webmaster Central where you can vote on changes you would like to see from their team in 2015. One of the top listed items is to have an action viewer, where webmasters can see if they are affected by an algorithm such as Penguin or Panda. If this is added, diagnosing and fixing issues related to specific algorithms will be a much easier process.
Is your website not ranking where it should be? Do you think you might be affected by a Google penalty? Contact the SEO experts at TheeDigital in Raleigh, NC at 919-341-8901 or schedule a consultation and we’ll help you diagnose and recover from the issue, so that you get the leads you deserve!

Worried About Not Being ADA Compliant? 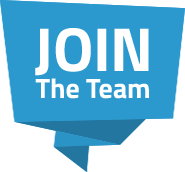 Your Google My Business listing is essential for your local SEO strategy. Here's how you can create or merge duplicate Google My…

Google has released it's ad blocker for Chrome: is this trully beneficial for user experience or is Google trying to sway the…

When it comes to SEO or PPC, you may not have to choose one over the other.