In 2013, over 85% of business marketers used Twitter, making the act of sending a tweet the new handshake. More than half of the followers who saw a brand mentioned in their network took further action – making Twitter an exciting way in interact with followers and customers. Even though many businesses are using Twitter, they aren’t using the platform to its full marketing potential.

Are you maximizing Twitter’s marketing value? Get ahead of the competition with these four tips for increasing engagement with your followers. 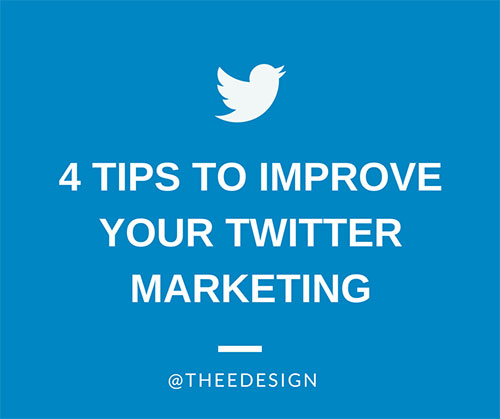 Looking for help expanding your business through social media? Contact the internet marketing team at TheeDigital in Raleigh, NC at 919-341-8901 or schedule a consultation.